The global semiconductor manufacturing market is heating up from the big moves of the US and China, bringing opportunities for Southeast Asian countries.

US Commerce Secretary Gina Raimondo recently warned that the global shortage of critical semiconductor equipment could last at least through next year and perhaps longer due to broken supply chains. because of the pandemic, according to The Nikkei. To avoid costly delays in production, a growing number of American and Western semiconductor companies in general are relocating factories and shifting new investments to Southeast Asia. This shift will become even stronger with the administration of President Joe Biden recently enacted the Science and CHIPS Act to boost US businesses’ semiconductor manufacturing capacity.

How far is the region’s semiconductor production capacity ?

Southeast Asian countries are increasingly becoming key players in the global supply chain as businesses shift away from China in the wake of the pandemic. Experts from DBS Bank (Singapore) said that the majority of foreign semiconductor companies investing in ASEAN are from the US and Japan. The US-China trade war has particularly focused on semiconductors made in China, so chipmakers are looking to diversify their sources of supply. These developments help strengthen Southeast Asia’s role in the global semiconductor supply chain.

The global semiconductor device market is estimated at nearly $600 billion this year and will continue to grow to about $1,380 billion by 2029, according to Fortune Business Insights.

In a report last month, auditing firm Ernst & Young (UK) assessed that ASEAN’s semiconductor manufacturing capacity is being focused on due to its diverse production capacity ecosystem. The bloc is the world’s second-largest exporter of semiconductor equipment, with a 22.5% share of the global market.

Vietnam, Singapore, Malaysia, the Philippines and Thailand are countries in ASEAN that are considered to be leaders in the field of R&D and IC design. Malaysia and Singapore are regional leaders in the production of wafers and equipment. Malaysia, the Philippines, Thailand, Vietnam and Indonesia lead in ancillary manufacturing, while Singapore and Thailand lead in engineering software.

Despite the good capacity, the region is still unable to meet the demand as demand increases by an average of 4%-5% a year and Ernst & Young believes that ASEAN needs to double its production capacity between now and 2030.

The potential for the area is still great

ASEAN’s semiconductor industry has been receiving a boost from foreign direct investment (FDI), increased exports and integration into global value chains. Singapore is the leader among ASEAN countries in chip production and the island nation contributes 12.4% to global semiconductor exports. Last year, chip maker GlobalFoundries (USA) said it would invest about $4 billion in a manufacturing facility in Singapore.

Meanwhile, in Malaysia, The Star reported that semiconductor manufacturers here are benefiting greatly from the US CHIPS and Science Act as investment flows into Malaysia increase sharply. The country during 50 years of development of the semiconductor industry has attracted 35 billion USD in foreign investment thanks to its competitive advantages in cost, safety and stability, from which advanced research and development activities and production can thrive.

The Philippines has recently emerged as a major exporter of electronic equipment, and as of 2020, semiconductors account for 70% of the country’s electronic exports. The country also gradually upgraded significantly its semiconductor equipment assembly and testing facilities. The archipelagic nation’s greatest strength is its highly skilled and service-oriented workforce.

Thailand is the 13th largest exporter of electronic products in the world and has a large manufacturing capacity, from semiconductors to memory devices. With its strategic location in the heart of ASEAN and convenient modes of transportation, the country serves as a transit hub, according to The Bangkok Post.

Indonesia is rapidly emerging as a semiconductor manufacturing hub after it targeted electronics as an essential sector under the Fabrication Indonesia 4.0 framework. The country has the largest manufacturing workforce in ASEAN as well as the largest auto market in the region, reducing demand for electronic components. Meanwhile, Vietnam is considered to have the advantage of abundant labor resources.•

According to supply technology company Supplyframe (USA), manufacturing semiconductor devices in general and semiconductor chips in particular is a relatively expensive field. The average cost of building a chip factory is about $20 billion. However, in return, capital recovery and reduction of depreciation are also very fast.

More importantly, chip supply autonomy is the key for countries to ensure digital sovereignty, especially in the context of the global supply chain facing many risks in the current volatile economy. . Therefore, the semiconductor race will be the focus of the strategic competition between the great powers in the coming time. MTA Hanoi is always proud to be a prestigious platform to connect and trade for the engineering... 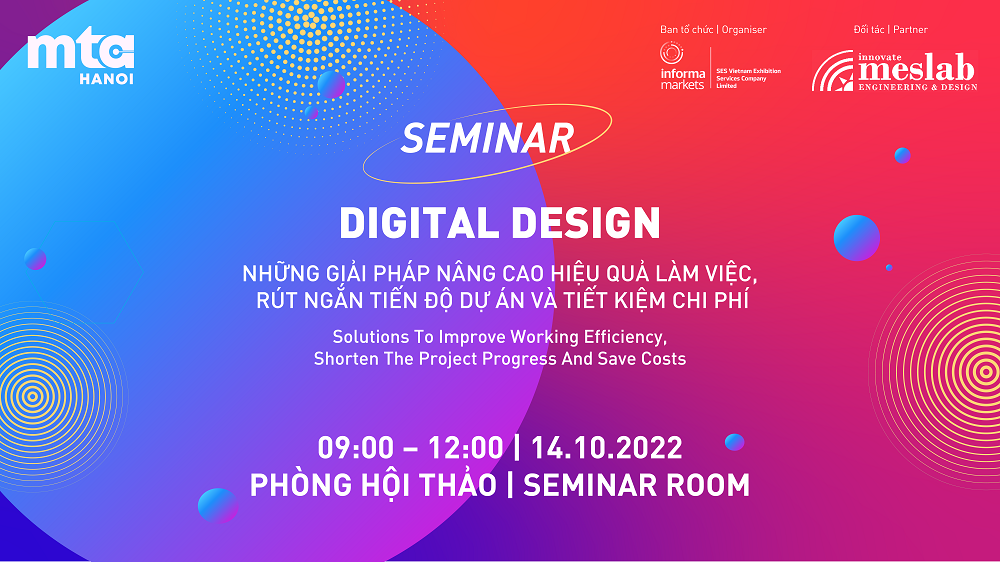 In order to develop sustainable and in-depth industry, Hung Yen province has been actively... Restructuring production is a vital element of enterprises