In the past time, the People’s Committee of Cam Thuy district has flexibly applied preferential policies to support, encourage and attract investment in the development of industrial clusters (CCN) in the area. Investing in technical infrastructure works in industrial zones in order to facilitate the attraction of production and business investment projects, contributing to socio-economic development.

Currently in Cam Thuy district, there are 3 industrial zones, with a total area of 94.5 ha. In particular, CCN Cam Tu has a detailed planning of 1/500, a total area of 19.5 ha; CCN Cam Chau has a planned area of 25 ha and CCN Cam Son has an area of about 50 ha. On the basis of the planned technology, the People’s Committee of Cam Thuy district has applied preferential investment policies for CCN technical infrastructure development projects. In particular, for enterprises, cooperative unions and cooperatives, when renting land for investment in the construction and trading of industrial infrastructure, they have not been supported to invest in the construction of technical infrastructure from the central budget, they will be supported with a part of funding to invest in items, such as ground leveling, construction of internal roads, water supply and drainage systems, waste water treatment, waste water, electricity supply, public lighting, internal communication, administration and security houses for the operation of CCN. At the same time, CCNs in the area are also entitled to a support mechanism of VND 1 billion/ha, the maximum support level does not exceed VND 28 billion/ha… when completing the project and attracting 30% of secondary investment projects. At the same time, the People’s Committee of Cam Thuy district has well implemented the ground clearance, legal procedures support for enterprises investing in construction of technical infrastructure during the implementation of the project. As a result, CCNs in the area have attracted technical infrastructure investors by the end of March 2022. In particular, Global Renewable Energy Power Joint Stock Company invests in the construction and trading of Cam Chau industrial infrastructure. At the same time, it attracted Vu Gia Thanh Hoa Investment One Member Limited Company to build production and business development infrastructure on an area of 8.5 hectares, the occupancy rate reached 48.8%; Cam Tu Industrial Park had 3 enterprises renting production and business investment land with a total area of 7.52 hectares, the occupancy rate of 58.4% and in Cam Son Industrial Park, despite the decision to establish at the end of 2021, APG Investment Joint Stock Company registered for technical infrastructure investment.

In fact, the CCNs in Cam Thuy district have been established, attracting technical infrastructure investors, creating a basic foundation to attract secondary investors and economic sectors to invest in the area, contributing to the economic restructuring in the direction of rapidly increasing the share of industry and services, reducing the share of agriculture.

Representatives of the Department of Economy and Infrastructure, Cam Thuy District People’s Committee said: On the basis of provincial planning, the District People’s Committee has publicly and widely informed investors to register for investment in technical infrastructure development in the industrial zones to select suitable investors. At the same time, promote the attraction of extrabudgetary investment capital, expand investment forms, encourage investors inside and outside the province to invest in infrastructure development and production and business projects. Along with that, the district effectively uses the State budget capital in supporting and investing in the construction of technical infrastructure outside the CCN fence and implementing incentives on investment in CCN infrastructure in accordance with the law. In addition, in order to promote the efficiency of investment attraction, the district has been implementing administrative reforms, reviewing and synthesizing difficulties and problems to propose, recommend the province and central levels to support and solve. At the same time, it facilitates enterprises in the process of investing in technical infrastructure in industrial zones as well as attracting secondary projects, contributing to creating jobs, increasing incomes for employees and promoting socio-economic development. Domestic stainless steel manufacturers have just sent a petition to the Prime Minister, leaders of...

Domestic mechanical components manufacturers have quite a good capacity in many fields such as... 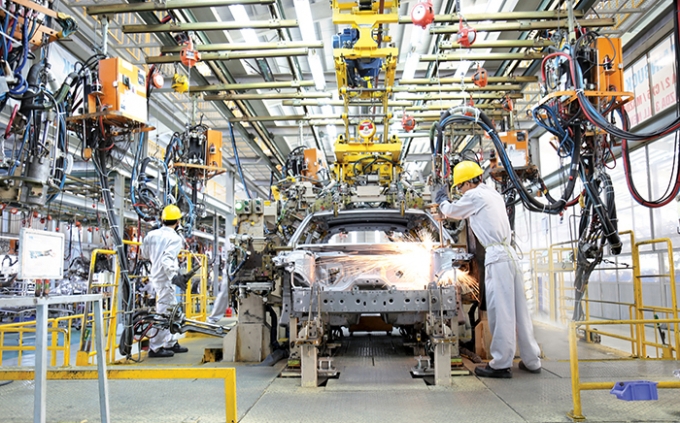